Last names are different. Half-hearted feminism, keeping one’s father’s name and giving the kids their father’s. “Is that what you go by?” asked the bank teller, as if it were an alias. No, it’s my name. For better or worse.

Address: Gay Street in Auburn, Alabama. Oh, don’t be so immature. It’s an old Southern family surname. There used to be a boarding house on this street called “The Gay Men’s Arms,” but that was before our time.

Social Security number. Government barcode, more like. If I were to assign a number to my social security, it would be pretty low. Is anyone really socially secure? Not I, with my one close friend in town. Not my husband, who recently told me he had finally been invited out by the “cool kids” at a conference. Maybe my daughter, happy with her boyfriend. Maybe my son, who says he has no need for friends his age (eighteen) because he only gets along with “grown-ups.”

They’re the dependents, by the way, though not overly so, for their ages. My daughter is an eminently employable violinist. She will finish her master’s next year, and she’s traveling to South Africa and Zimbabwe to teach and perform this spring. My son calls us every day from college, but he budgets his time wisely and likes being alone.

Wages, salaries and tips: Mostly my husband’s, and not as high as you might expect for someone with an endowed professorship. Humanities teaching salaries are low at Auburn compared with national and even regional averages. Here’s a tip: If you must be an academic in the humanities, go into administration.

Interest (of various kinds): Clearly little interest in accumulating wealth. Quite a lot of tax exempt interest in our children, and in art, music, literature, and history.

Ordinary dividends: Is food security “ordinary?” Perhaps we’ve qualified to not have to worry about where our next meal is coming from. What about a contented married life? How ordinary is that in these or any days?

Under qualified dividends we have, through skill and hard work, qualified to list a fair amount of satisfaction with how the kids are turning out. Also qualified job satisfaction (more psychic than financial).

Business income: Mine, embarrassingly low. Supposedly, I was qualified for the dividends of academic success, but the teaching evaluations did me in. I quote from memory: “If Miss Woods was bleeding by the side of the road I would not stop to pick her up.” “I would rather stay home and have Satan pull my toenails than come to this class. And her close don’t match.”

Male administrators recommended (in their final report) “that you continue to monitor grade distributions in your classes in a conscientious effort to bring your standards in line with those of the department.” I could not conscientiously raise my grades to departmental averages. I had no interest in alternative minimum standards that would not overtax the students. I resigned.

What to do, given a husband and two small children? I teach and play the violin. I homeschooled my children to shelter them from stickers warning of evilution and from other, more insidious, undermining of education. And now I write.

Is intellectual integrity a dividend or more of a tax? Or am I giving myself too much credit? Perhaps I am underreporting social insecurities that make me hard to get along with. Other losses: Friends have died. Our bodies depreciate. We miss our children.

American opportunity credit: I admit I take much for granted. Historically, my family had already squandered much opportunity before I was even thought of. On my mother’s side, they bought part of Manhattan cheaply, but sold it again because it was too rocky for farming. On my father’s side, my great-grandfather refused to invest in his cousin’s new-fangled telephone invention because, as the old Luddite put it, “If I want to talk to someone in the next room, I’ll open the door and shout.”

On the other hand, most of us have worked to make the most of our privileges, our fine educations and middle-class lifestyles. We have prized and promoted learning and the arts.

To sum up, who’s to determine the amount you owe? What could I give my parents in return for the life they passed to me? What refund could I make to the oppressed peoples, then and now, whose lands and labors make the quality of my life possible? Against such infinite, unpayable amounts, I can only set the infinitesimal returns of living daily life as best I can. It is, on the whole, a small tax burden. 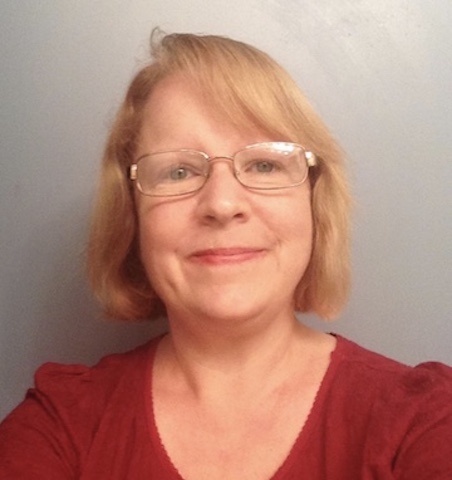 Lorna Wood is a violinist and writer in Auburn, Alabama, with a Ph.D. in English from Yale. She was a finalist in the 2017 Jerry Jazz Musician Contest, the 2016 Neoverse Short Story Competition, and the SHARKPACK Poetry Review’s Valus’ Sigil Competition, and her poetry has been favorably reviewed in New Pages. Lorna’s work has appeared or is forthcoming in Jerry Jazz Musician, Malevolent Soap, With Candlelight, Gnu, shufPoetry, Cacti Fur, Birds Piled Loosely, Every Day Fiction, Mysterical-E, No Extra Words, Every Writer, Wild Violet, Blue Monday Review, and the anthologies Dark Magic (Owl Hollow Press) and Luminous Echoes (Into the Void), among others. She is Associate Editor of Gemini Magazine and has also published scholarly essays.