near a British Merchant Marine

from its four stacks as the engines

cut back on propulsive power.

My father, on the British ship,

remembered that the submarine

was constructed of wooden staves

held in place by wide bands of steel.

Men climbed out of the submarine.

The German captain waited for

the ship to clear its men and when

the British captain, last man off,

was gone in his small boat the sub’s

without life lost on either side.

That is how it was in the war’s

contests between the Kaiser’s teams

and King George’s, with sporting rules 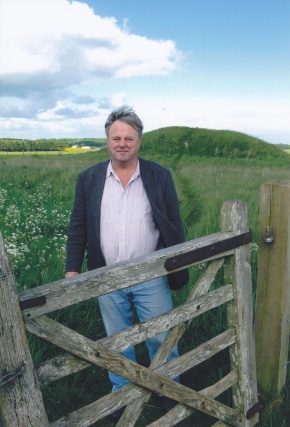 G.B. Ryan was born in Ireland and graduated from University College Dublin.  He is a ghostwriter in New York City.  Elkhound published his WHO YOU NEED TO START A RIOT in May 2017.   His poems are nearly all about incidents that involve real people in real places and use little heightened language.